“This is indeed a great day since it is the celebration of the feast day of Sts. Peter and Paul, at the same time a new day for our town Bauang, new change, new way, new unity, and cooperation,” Mayor Menchie de Guzman said.

“There were many challenges that came along in our town, Bauang but we were able to surpass them all with God’s help,” she added.

She further said, “What I am today in front of you, I owe it to all of you, Thank you all of you for your support.”

She thanked her Mama Ching, her sister Gracia, her husband, the ex-Mayor Eulogio Clarence Martin P. de Guzman III, her four children and the rest of the de Guzman clan. She told them that they are all her inspiration.

She thanked all the doctors she worked with at Bethany, ITRMC, LUMED, LUMS and she expressed, “I will surely be missing you all.” She also thanked all the people who helped her during the election campaign.

Lastly, she urged, “Let us all be united with the help of God. Let us forget all our indifferences which are factors in the achievement of the peace, progress and development of our town, Bauang. May our trust and faith in God Almighty be stronger through the intercession of Sts. Peter and Paul.”

Vice Mayor Henry A. Bacurnay expressed his thanks to those who believed in him, for those who voted him, for the Catholic votes and for the trust and confidence of the electorate in him.

“I will not fail you.

You saw me in all the barangays, I saw you.You heard me. I heard you.” he said.

He will abolish the committee on silence. All SBM will work at SB. He challenged all SBM to give substance to their roles at SB. All of them will take their own committees. No one will be monopolizing his own ideas but there will be a consultative meeting with the ABC and the committees concerned.

“There is no power of ‘I’ but the power of ‘we’. We shall all be listening leaders,” he added.

He explained that the leadership of the Vice Mayor is a Christian leadership, compassionate to the poor. He said that kindness and charity are contagious.

“Let the weak say I am strong, let the poor say I am rich,” he said.

He said that the elected leaders will govern with justice, that those who will do good will be rewarded. Those who do bad will be punished thus there is equality of all. He said that all leaders will give quality time, that they will always be punctual. All employees and officials are accountable to the people.

He told them to remember that at the end of the day when they go home to their families they are all constituents.

“We are given the chance to give impact and to make a difference in our people’s lives. We need to help one another, to be reunited for there are a lot to be accomplished and to be achieved if we are one body. We are all connected from the barangay to the country. We are all engines of growth and also to the UNO, to achieve the 17 sustainable growth and development,” he said.

He urged the leaders to eradicate poverty. This, everybody can do if they are united, that there are a lot each one can do for his town , for his province, for his country and for the whole world.

He told that they cannot do it alone but most importantly God is needed in one’s life, in one’s work and in everything.

“With God, nothing is impossible. If God is with us, who can be against us,” he said.

He explained that the programs and activities of the town and the province must be aligned to the national government and above all to the Kingdom of God. 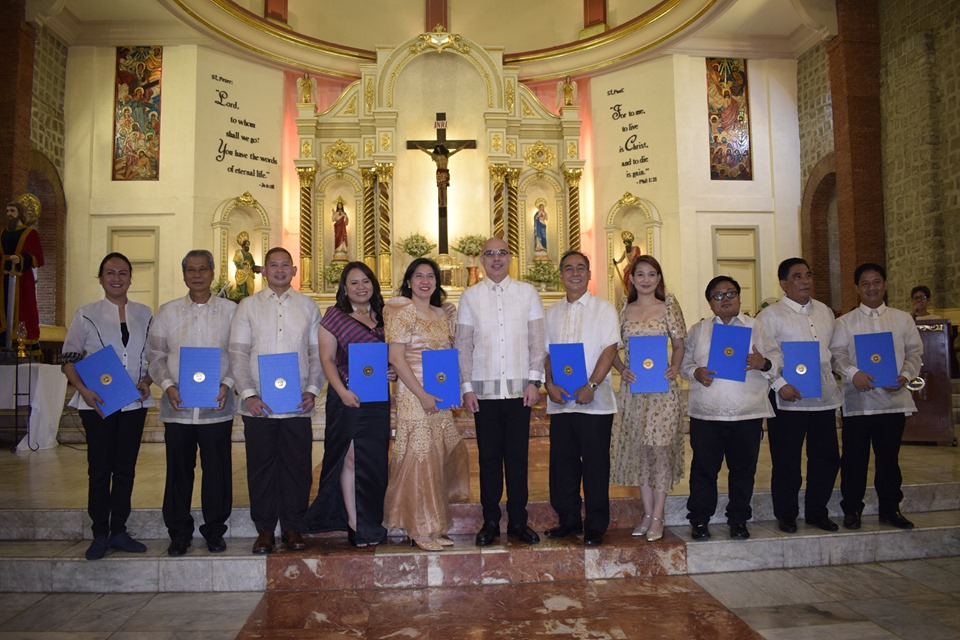