Bauang Bakawan Eco-Tourism Park composed of 49.8 hectares of mangroves located at Barangay Parian Oeste and Pudoc won second place in the search for the Cleanest Municipal Bodies of Water winning for herself 750, 000.

The champion in the Search was Tapuakan River of Pugo with one million pesos and the third place went to Immuki Island of Balaoan, La Union with five hundred thousand pesos as cash reward.

The Provincial Government of La Union headed by Governor Francisco Emmanuel “Pacoy” R. Ortega III conducted this yearly search for the different LGUs to maintain the cleanliness, safety and greenness of each town. 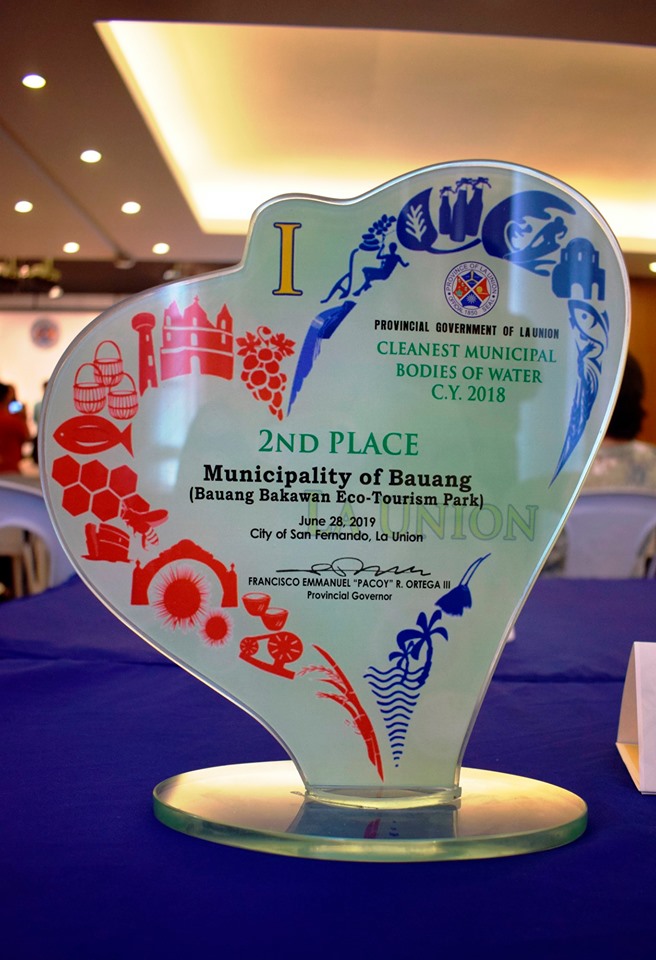